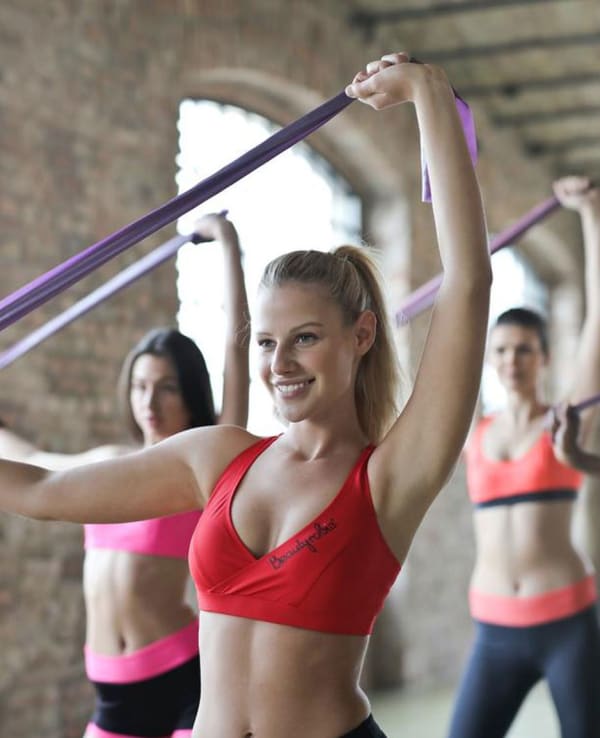 For most the coronavirus has highlighted the importance of being able to adapt your training methods due to limited access to equipment and being restricted a confined area. There are fortunately so many ways to train using only your own bodyweight such as HIIT, calisthenics, Yoga, and traditional cardio exercises such as running and cycling. Furthermore, one other hugely effective way of training your using just your bodyweight is Pilates. For those of you who have never tried Pilates or are unfamiliar with the philosophy then please read on.

Modern day Pilates is based on Joseph Pilates original concept called Contrology. Contrology was initially developed by Joseph to help him overcome the physical ailments he suffered as a child including rickets, asthma and rheumatic fever. Using a combination of Yoga, martial arts, weightlifting and boxing he eventually developed a series of exercises designed to improve both mental and physical wellbeing. The moves emphasised conscious movement, with a focus on breathing and engagement of the correct muscle groups was the basis of Contrology.

The fundamentals of this practice were used by Joseph when working as a nurse during WWI to help people recover from illness and physical disabilities. After WWI when he met his Wife in New York he opened his first dedicated studio, which was particularly popular amongst local dancers seeking advice on conditioning and overcoming injury.

The original work by Joseph has evolved as knowledge has improved in areas such as anatomy, physiology and biomechanics. In addition, as Joseph neglected to publish or comprehensively document his method it was left to a select group of apprentices to teach and apply the Pilates method in their own schools.

It is for this reason that this interpretation of the original approach has been developed and adapted to suit various contexts. However, the overall philosophy that control of the mind is necessary for control of the body and due care and attention to the exercises to ensure correct execution is still very much at the core of the philosophy.

What are the Principles of Pilates?

Pilates is based on core principles. These original principles of were.

1. Breath. Within Pilates breathing is thought to be a movement pattern in its own right. Each exercise is led by its own pattern of breath to ensure engagement of stabilising muscles. Inhalation generally to prepare for the movement, while exhalation generally occurs through the effort. At no point should you ever hold your breath during Pilates.

There are three common methods of breathing during Pilates exercises: lateral, diaphragmatic and thoracic.

2. Concentration. This includes focus on the movement, body position, which muscles should be activated, and which muscles should remain relaxed is fundamental to Pilates. Included in this principle are sensory feedback and proprioception, knowing where the body is positioned in space and focusing on where and how it needs to move is essential to optimum execution.

3. Control. Control is appropriate given the original concept of Pilates was known as Contrology. Control is about ensuring the right muscles are used at the right time to execute the move correctly. Only when the move can be performed correctly should it be performed. Otherwise a regression should be initiated.

4. Centring, is the process of engaging the core. All bodily movements originate from the core so each Pilates exercise begins with concentrating the movement from the core and allowing it to flow outwards to the limbs to complete the desired exercise. Considerable advancement of the core has resulted in additional information being layered on top and into the original work of Joseph Pilates. For example, original Pilates did not include references to the Pelvic floor and he recommended exercises be performed from a flat back as opposed to the neutral spine promoted in modern day.

5. Precision is another fundamental principle of Pilates. Careful attention to detail is given to each movement, including the alignment of the joints and limbs, the correct muscle recruitment and the force required. Each Pilates movement should be executed precisely to achieve mastery.

6. The principle of flow proposes that each exercises should be executed slowly and with control, and at no point appear jerky or stiff. As mentioned, movements should flow from a strong core and each repetition should flow into the next.

However, as modern methods have been developed to become more in line with the latest research around anatomy and physiology the original Pilates methodology has been modified. For example, Stott pilates places a greater emphasis on pelvic and shoulder girdle stabilisation. This is in contrast to the flat back/imprinted spine that Joseph Pilates proposed.

Other variations include Modern Pilates UK which is primarily focused on correct breathing in all exercise positions and Modern Pilates Australia which removed the principles of precision and control resisting any temptation to bully the body into position.

What are the benefits of Pilates?

There are many benefits of Pilates as it provides a host of physical, mental, and spiritual experiences. Some of the main benefits include:

What do I need to get started?

To get started all you need is a mat and a willing attitude. A simple google search will bring up a host of online classes but if possible, we would always recommend going to a physical class or if affordable getting a private lesson to start.

More advanced Pilates can use apparatus such as magic circles, Pilates balls and bands. In addition, the use of a Pilates reformer is extremely popular in the West. However, to get started all you need is a mat.

We hope you’ve enjoyed learning about Pilates and we would encourage you to get started with on your Pilates journey.